Washington, D.C., December 20, 2022 — The Alzheimer’s Association and the Alzheimer’s Impact Movement (AIM) commend bipartisan congressional leaders for today’s decision to prioritize addressing Alzheimer’s and dementia. Key provisions of the bipartisan Equity in Neuroscience and Alzheimer’s Clinical Trials (ENACT) Act (S. 1548 / H.R. 3085) as well as language to strengthen the Food and Drug Administration’s (FDA) accelerated approval pathway have been included in the fiscal year 2023 (FY23) budget. The legislation also includes a $226 million increase for Alzheimer’s and dementia research funding at the National Institutes of Health (NIH) for FY23 and $33 million to continue to fund and implement the BOLD Infrastructure for Alzheimer’s Act (P.L. 115-406).

“Thanks to our outstanding bipartisan congressional champions and advocates, we are advancing policies and investing in research that will improve health outcomes and access to effective treatments,” said Robert Egge, Alzheimer’s Association chief public policy officer and AIM executive director. “These policy advancements will make a difference for individuals living with Alzheimer’s today and for future generations.”

Ensuring Equity in Alzheimer’s Clinical Trials
The key provisions of the ENACT Act included in this legislation will help increase the participation of underrepresented populations in Alzheimer’s and other dementia clinical trials by expanding education and outreach to these populations, encouraging the diversity of clinical trial staff, and reducing participation burden, among other priorities. The underrepresentation of these populations not only hinders the ability of researchers to understand health disparities: It also restricts their knowledge of how an approved therapy or diagnostic may affect the populations most likely to need the treatment.

“While tremendous progress is being made across the scientific community toward treatment, we must do more to ensure that no one is left behind, especially communities most affected by Alzheimer’s and other dementia. By including key provisions of the bipartisan ENACT Act, Congress has taken action to help ensure that future treatments and means of prevention are effective in all populations, with an emphasis on those underserved and underrepresented in Alzheimer’s and other dementia clinical research,” said Dr. Carl V. Hill, Alzheimer’s Association chief diversity, equity and inclusion officer. “Thank you to Representatives Lisa Blunt Rochester (D-Del.), Jaime Herrera Beutler (R-Wash.), John Curtis (R-Utah), Christopher Smith (R-N.J.) and Maxine Waters (D-Calif.) and Senators Ben Ray Luján (D-N.M.) and Susan Collins (R-Maine) for leading on this critical legislation.”

Preserving and Strengthening Accelerated Approval
AIM was proud to work with bipartisan congressional champions and other voluntary health care groups to strengthen the FDA’s accelerated approval pathway.
“Strengthening the accelerated approval pathway will help ensure timely access to new and innovative therapies for those living with critical unmet needs,” said Egge. “We are grateful for our longtime congressional champions for their steadfast commitment on behalf of the over 6 million Americans living with this devastating and fatal disease.”

Importantly, Congress has taken action to preserve and strengthen this pathway. The agreement included important elements first introduced in the bipartisan Modernizing Accelerated Approval Act by Senators Susan Collins (R-Maine) and Tim Kaine (D-Va.). This will allow FDA to better utilize the accelerated approval pathway and strengthen transparency throughout the process.

Prioritizing Research and a Strong Public Health Infrastructure
The $226 million funding increase for Alzheimer’s and dementia research was advocated for by the Alzheimer’s Association, AIM and its dedicated nationwide network of volunteer advocates. The bipartisan effort to secure this increase was led by Sen. Roy Blunt (R-Mo.), Sen. Patty Murray (D-Wash.), Rep. Tom Cole (R-Okla.) and Rep. Rosa DeLauro (D-Conn.). Added to current NIH spending, the annual Alzheimer's and dementia research funding by the federal government will be more than $3.7 billion.

In addition to supporting new research into Alzheimer’s and all other dementia, the FY23 budget includes $33 million to fund the BOLD Infrastructure for Alzheimer’s Act. Passed with overwhelming bipartisan support in December 2018, the law directs the Centers for Disease Control and Prevention (CDC) to strengthen the public health infrastructure across the country by implementing effective Alzheimer's interventions focused on public health issues such as increasing early detection and diagnosis, reducing risk, and supporting caregivers.

The BOLD Infrastructure for Alzheimer’s Act, which was championed by the Alzheimer’s Association and AIM, is an important first step toward addressing Alzheimer’s as a widespread public health crisis.

The House and Senate are expected to pass the FY23 budget this week and advance it to the president, where it is expected to be signed into law. 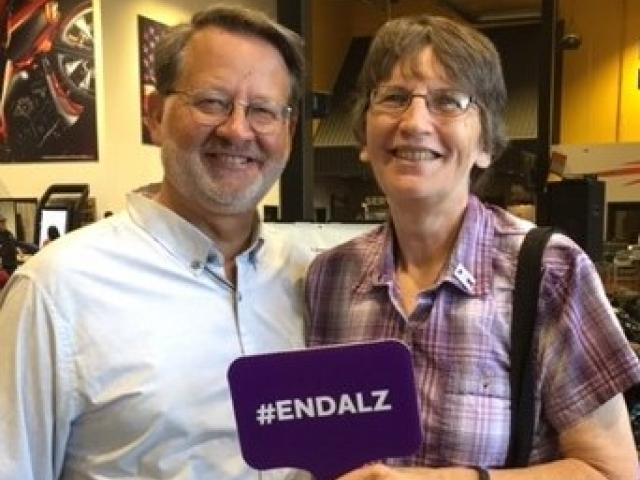 Each month, we’re featuring an advocate who engages with policymakers to ensure priorities that improve the lives of people impacted by Alzheimer’s and all other dementia remain top-of-mind in Congres...