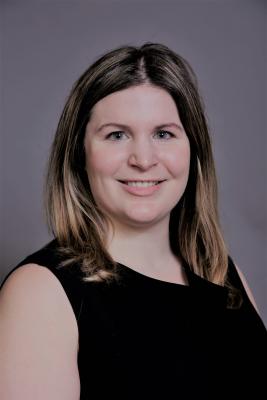 Each month, we’re featuring an advocate who engages with policymakers to ensure priorities that improve the lives of people impacted by Alzheimer’s and all other dementia remain top-of-mind in Congress.

For Bertha Bullen of Okemos, Michigan the fight to end Alzheimer’s and all other dementia is personal. In 2007 Bertha lost her mother to Alzheimer’s disease, after 13 years of providing care. Dementia has also impacted other members of her family, including her grandmother, mother-in-law and brother. Driven to action, Bertha decided to start a support group for caregivers in her community in 2009.

Bertha’s passion was fueled by experiencing firsthand the devastating impact this disease has not only on the person living with dementia, but also on the people who love and care for them. That’s why she got involved with the Alzheimer’s Association and AIM. 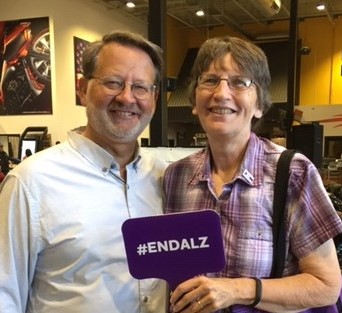 After a career in research, Bertha has a thorough understanding of the importance and challenges involved in advancing scientific discovery. This knowledge led her to volunteer as an advocate with AIM, where she has worked to increase Alzheimer’s and dementia research funding as well as advance policies that improve the lives of caregivers and individuals living with dementia. A self-proclaimed introvert, Bertha admits she was “nervous to attend meetings and get involved with advocating in the beginning, but the passion soon took over.”

Throughout Bertha’s advocacy journey, she has worked to advance AIM’s policy priorities in Michigan and has attended the AIM Advocacy Forum in Washington, D.C., multiple times.

“My favorite part of attending the Advocacy Forum is connecting with other advocates who are on this journey and knowing that there are so many other people who have been impacted, but aren't willing to sit down and do nothing. I find it really rewarding to be with so many other people who are like me, determined to change the course of this disease for millions of people,” says Bertha.

Bertha has served as an ACT team member and Alzheimer’s Ambassador to Sen. Gary Peters (D-Mich.), and she is now the Alzheimer’s Ambassador to Rep. Elissa Slotkin (D-Mich.-7). Through her hard work and dedication, Bertha has developed strong relationships not only with Rep. Slotkin and Sen. Peters on the federal level, but with state lawmakers State Sen. Hertel and State Rep. Brixie on the state level.

“It's important for advocates to make sure our voices are heard and to show the Congress that we really mean business when it comes to ending Alzheimer's.”

Thank you to Bertha Bullen and all of our dedicated advocates throughout the nation for your efforts to improve the lives of those impacted by Alzheimer’s and other dementia.

Learn about how you can use your voice to help change the course of this devastating disease at alzimpact.org/volunteer.