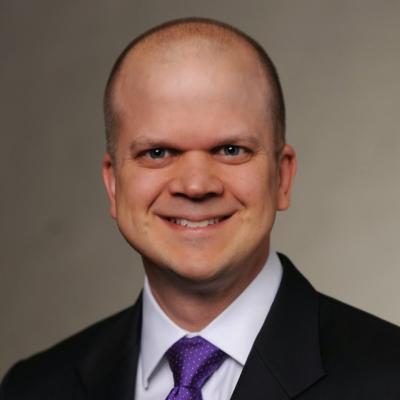 Robert Egge is the chief public policy officer of the Alzheimer's Association and the executive director of the Alzheimer's Impact Movement (AIM), a separately incorporated advocacy affiliate of the Association. In these roles, Egge oversees government affairs, policy development and grassroots advocacy teams working to secure policies to improve the lives of all those affected by dementia.

In his tenure, Egge has led the Association in achieving several major federal milestones, including the passage of the National Alzheimer's Project Act (NAPA) which mandated the creation of the first national plan to fight Alzheimer's, and the Alzheimer's Accountability Act (AAA) which requires the annual completion of a professional judgment budget by the National Institutes of Health for Alzheimer's research. Following a $289 million increase signed into law in March 2022, and added to current NIH spending, annual federal funding for Alzheimer's research will be more than $3.4 billion.

Egge oversaw efforts to incorporate the Younger Onset Alzheimer's Act within the Supporting Older Americans Act in 2020 - ensuring that these individuals will have access to vital and affordable services regardless of age. He managed the Association's work to pass the bipartisan BOLD Infrastructure for Alzheimer's Act, legislation that is critical to addressing Alzheimer's as a public health issue. In addition, Egge drove the Association's support for a 2016 decision by the Centers for Medicare & Medicaid Services to ensure people living with dementia have access to care planning with a medical professional through Medicare for the first time in history. Egge has led efforts to increase the number of state Alzheimer's plans to more effectively address the disease at local levels. As a result, 49 states plus the District of Columbia and Puerto Rico currently have published plans. In 2019 alone, under his leadership the Association secured more than $100 million in state funding for dementia-specific care and support services,research, and public health activities.

From 2017-2021, Egge served on the U.S. Department of Health and Human Services' (HHS) Advisory Council on Alzheimer's Research, Care, and Services. This advisory council, created by the National Alzheimer's Project Act, provides guidance to both the HHS Secretary and Congress on matters of Alzheimer's policy.

Prior to joining the Association, Egge served as executive director of the Alzheimer's Study Group, a blue-ribbon task force co-chaired by former House Speaker Newt Gingrich and former Nebraska Senator Bob Kerrey. He led the group in a review of the challenges posed by the mounting Alzheimer's crisis, and managed the development of the group's national assessment,strategy and specific policy proposals.

Egge's articles and editorials have appeared in a variety of publications including The New York Times, the Financial Times and Health Affairs. He is often invited to testify before Congress on Alzheimer's issues, and frequently speaks on Alzheimer's policy through television, radio and print interviews.