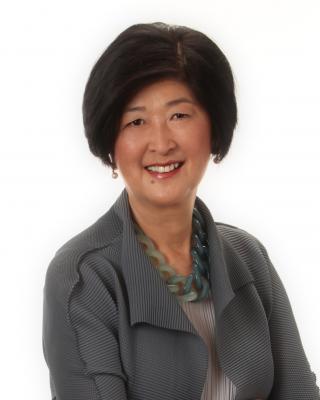 Tenny Tsai is Senior Managing Director at Cushman & Wakefield. A 32-year industry veteran, Tenny formed the Asian American Strategic Investment Advisors (A.S.I.A.) Group in 2003, establishing what was then the first and only bilingual group in Silicon Valley to focus on providing professional real estate services to the large growing and culturally diverse Asian community in Northern California.

Shaped by the long journey of caring for her grandmother, Ms. Tsai has been an advocate for patients and caregivers for nearly 30 years. From 1991 to 2004, she served on the Board of Directors of Self Help for the Elderly, serving seniors in the San Francisco Bay Area to promote their dignity and self-worth. In 1996, she joined the Greater Bay Area Board of Directors of the Alzheimer's Association, becoming the region's Chairwoman from 2001-2002, and then joining the Association's National Board of Directors from 2002 to 2010. While on the Alzheimer's Association's National Board, she inaugurated the organization's Diversity and Inclusion initiative, advocating for programming and public policies attuned to the diverse needs of the disease's constituents. In memory of her grandmother, Ms. Tsai also founded the Asian Community Fund (ACF), with a mission to advocate for, serve and support families who live with Alzheimer's Disease in the Chinese community. Since 2010, Tenny has been a member of El Camino Hospital's Advisory Board for its Chinese Health Plan Initiative. Since 2013, Ms. Tsai has been a facilitator of the Alzheimer's Association Chinese Learning Circle/Support Group for Chinese-speaking caregivers of Alzheimer's patients. She was the recipient of the Fearless Heart Award winner for 2020 at the Northern California Alzheimer's Association. Ms. Tsai has been an AIMPAC contributor since 2013 and is also a Leadership Society member.