Advancing Alzheimer's Policy in State Houses Across the Nation

/Advancing Alzheimer's Policy in State Houses Across the Nation

This article originally appeared in the 2020 Impact Report. Become a member today to get access to additional exclusive content, meetings and insights into the Alzheimer’s and dementia public policy community.

Throughout 2019, state governments were at the forefront of addressing Alzheimer’s and supporting people with dementia and their caregivers. AIM, the Alzheimer’s Association and our advocates were a frequent presence in state capitals and advanced legislation, regulation, and administrative action to improve programs and policies for people with dementia and their families.

With the number of people living with Alzheimer’s rising, states are embracing their role to better support this growing population. AIM is leading the way, focusing on priority areas including public health, workforce, home and community-based services and quality of care in residential settings.

Our work secured over $100 million in state funding for dementia-specific care and support services, research, public health activities, home and community-based services and other areas, to meet the needs of individuals and families living with dementia.

“It was a productive year with significant dementia-specific policy wins on the state policy front,” said Jennifer Rosen, director of state affairs for AIM. “The unrelenting and hard work of our advocates and Alzheimer’s Association staff to build relationships with state lawmakers came to fruition this year and laid the groundwork for additional success during the 2020 legislative session.”

Among the many states who took steps in addressing the Alzheimer’s crisis this year, these five were standouts. In California, Governor Gavin Newsom (D) created the Alzheimer’s Prevention and Preparedness Task Force. The Task Force, which comprises researchers and community leaders like the Alzheimer’s Association, will help the state prepare for its growing dementia population. In addition, California’s budget included $8 million to address Alzheimer’s including to implement the Centers for Disease Control and Prevention’s (CDC) Healthy Brain Initiative and for new research targeting women and communities of color. 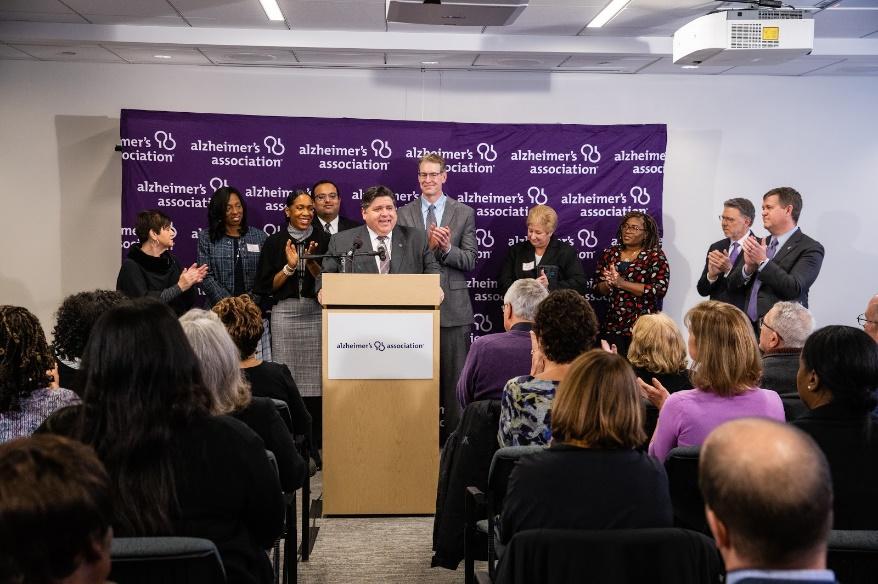 In Missouri, Governor Mike Parson (R) established Missouri’s Structured Family Caregiver Program, starting with a pilot program that will allow up to 300 Medicaid beneficiaries, including those living with Alzheimer’s or other dementias, to live in their choice of home setting with the caregiver of their choice.